SBS racing history started back in the 80s with ceramic-based brake pads that were developed and com-plemented with sinter brake pads in the 90’s in collaboration with Factory teams such as Yoshimura Suzuki, Ferracci Ducati, Muzzy Kawasaki, Erion Honda and first World Superbike Champion Fred Merkel and Team Rumi Honda.

In the mid-90s, SBS Racing Service became involved in the World Superbike series where the SBS RS Racing Sinter compound was developed in close cooperation between SBS R&D department and the top teams in the Championship.

In 2001, the first DC Dual Carbon version was launched after 5 years of intensive development and testing work.

After several World Champion titles with DC Dual Carbon, the first DS Dual Sinter version was introduced in 2007 after another 5 years of development and testing work.

The DC Dual Carbon and DS Dual Sinter performance has continuously been improved in line with the intro-duction of new high tech bikes for road racing.

In particular, the Superstock 1000 class with standard braking system made higher demands for brake pad performance simultaneously with the development of engine performance, tire compounds, suspension components and not least electronic riding aids such as traction, wheelie, slide-control, engine-brake, ABS, etc. With these electronic riding aids, lap times became faster and faster, even for hobby and trackday riders.

SBS DC Dual Carbon and DS Dual Sinter have since the turn of the millennium enjoyed great popularity among top-level teams and riders in World Superbike, Moto 2 & 3 GP, World Endurance and TT road racing and for riders in National Championships and Track-day enthusiasts.

After several World Champion titles in collaboration with SBS ‘Partners in Racing’ teams, first with DC Dual Carbon and later followed by DS Dual Sinter, SBS has launched for the 2019 season the DS-2 compound to complement the well-known DS Dual Sinter compound. 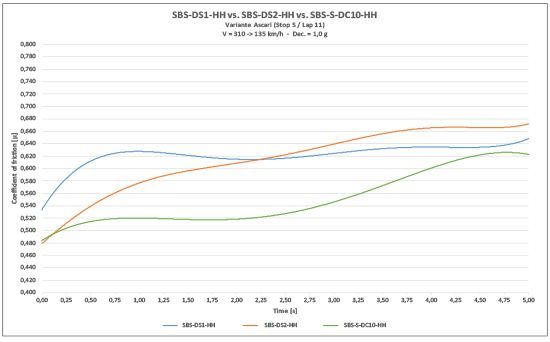 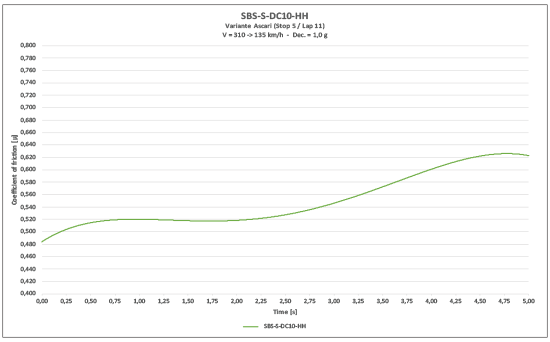 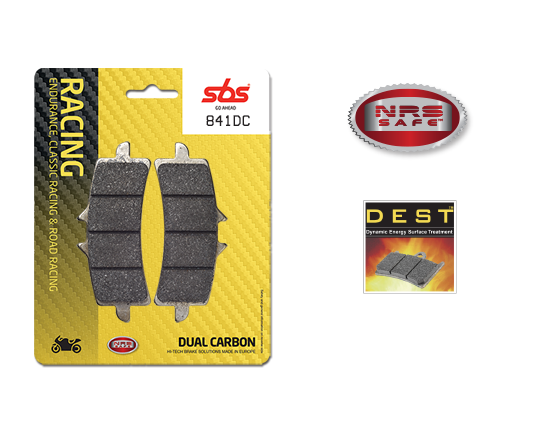 The SBS DC Dual Carbon is preferred by many riders due to it’s very smooth initial bite and increasing in-stop performance & feel.

Ana Carrasco has also tested DS-2 Dual Sinter, but prefers SBS DC Dual Carbon’s soft and progressive braking performance to her very smooth riding style, which led Ana to her amazing results in 2018 and again in 2019. 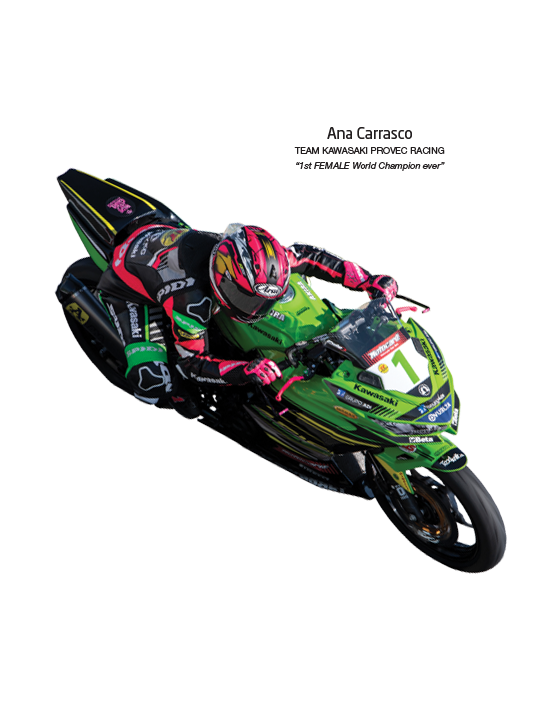 When changing for SBS-DC from using another type of brake pad material - Follow this Bedding-in procedure very carefully:

When bedding-in procedure IS needed

Always follow the above bedding-in procedure - when changing for SBS-DC for the first time OR when using new brake discs.

When bedding-in procedure is NOT needed

When brake discs are covered by SBS-DC friction material (transferfilm) - new pads only need about one/two laps to be in full contact with disc-surface - then the pads are race ready (Thermal bedding-in as described above in point 1. - 4. is not needed)

Cleaning of brake discs - NOT when using SBS-DC

When brake discs are covered by SBS-DC friction material (transfer film) - Do not clean/sand/grind the brake discs after each session. 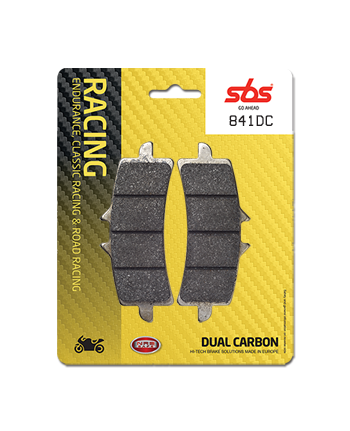 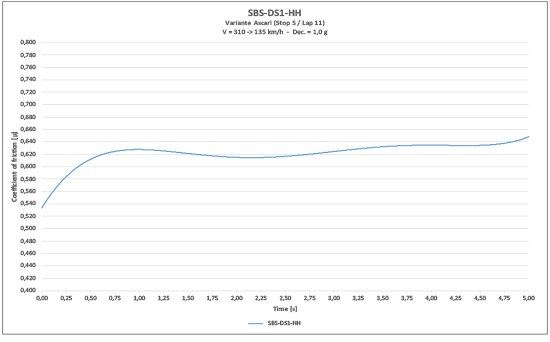 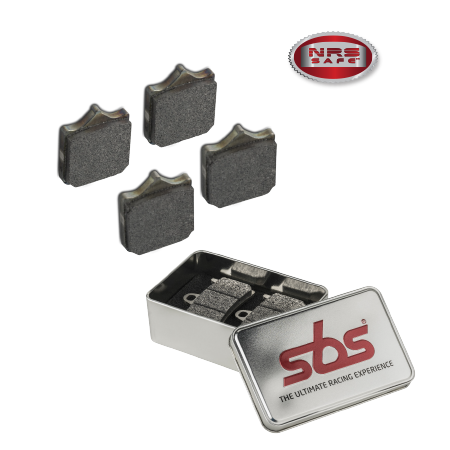 The SBS DS-1 is preferred by many riders due to its sharp initial bite and linear brake feel.

World Superbike/Supersport Championship
At Kenan Sofuoglu’s first titles in World Supersport, powerful initial bite was everything in relation to his riding style. Later, Kenan was involved in the development and testing of the DS-2 as his riding and braking style changed with the change from Honda to Kawasaki.

In the smaller capacity classes, Scott Deroue former teammate with Ana Carrasco in the MotoGP class Moto3 was very close in the battle for the World Supersport 300 title in 2018 and 2019. Scott is the type of rider who changes for new brake pads before a race, to achieve the absolute sharpest initial bite in the first laps of the race. Scott Deroue obviously prefers the SBS DS-1 to his Kawasaki.

TT Road Racing
DS-1’s powerful and precise initial bite has over the years made DS-1 the most preferred compound among most TT road racing teams and riders at the Isle of Man TT and North West 200 races. The victories and riders of TT road racing speak for themselves: John McGuinness, Ian Hutchinson, Michael Dunlop, Dean Harrison, Bruce Anstey, Lee Johnston, Ian Lougher, Conor Cummins and many more. 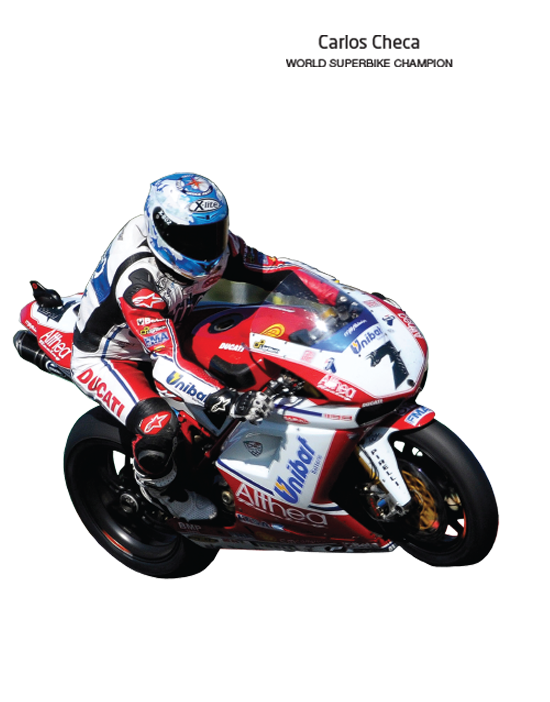 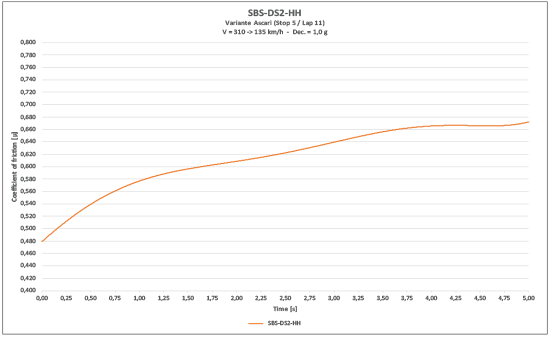 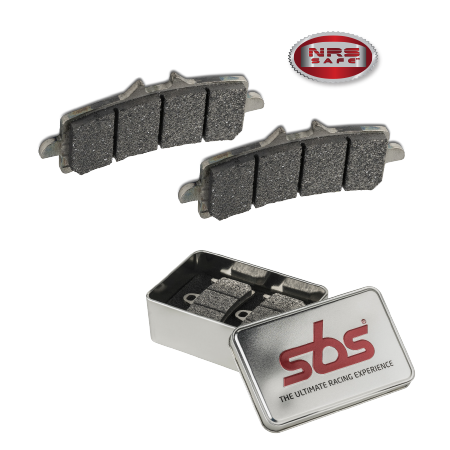 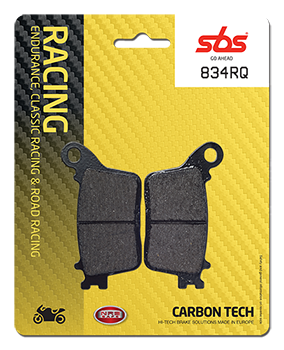 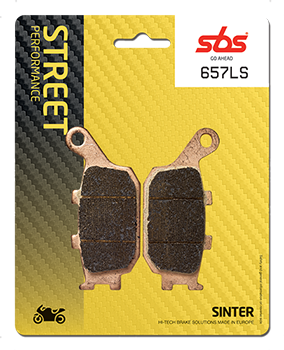 Also as the only manufacturer of racing pads, SBS has since the introduction of DC Dual Carbon in 2001 and DS Dual Sinter in 2007 used NRS technology for both the carbon and the sinter based compounds.

NRS Nucap Retension System is an advanced mechanical friction material bonding technology based on a matrix of steel hooks raised from the backing plate steel material. The NRS hooks mold into the friction material creating an indestructible and corrosion safe mechanical bond without any use of adhesives. 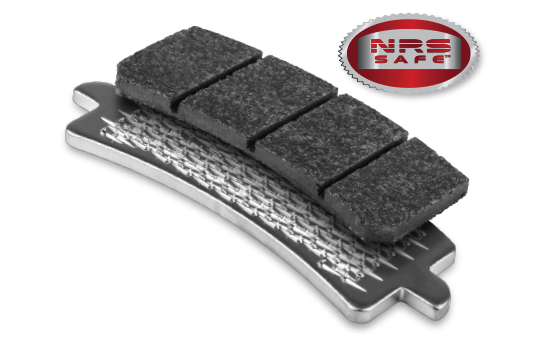 DC Dual Carbon racing brake pads are DEST treated to ensure consistent fade-free performance when leaving from SBS production line. No thermal bedding-in is needed on the bike due to the 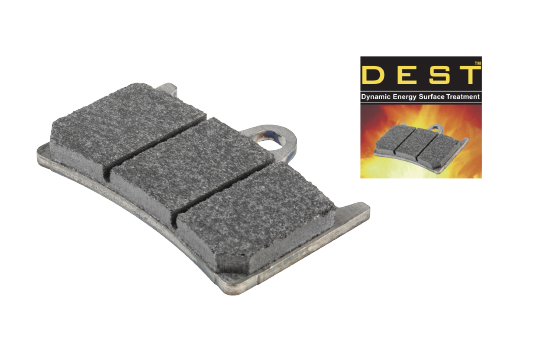 Find the right brake pads, discs or clutches for your bike

Select the fields in any order 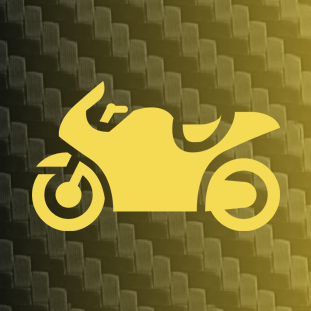 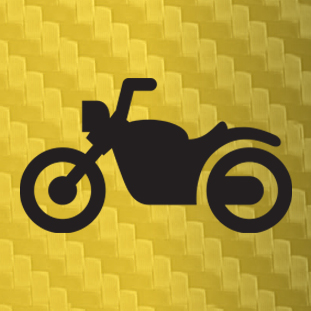 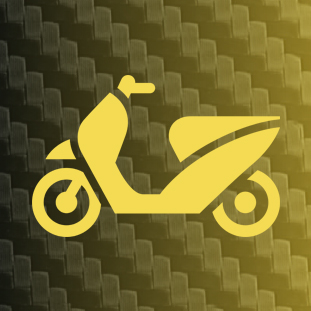 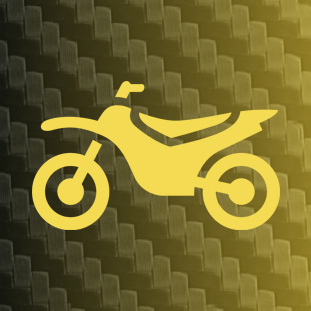 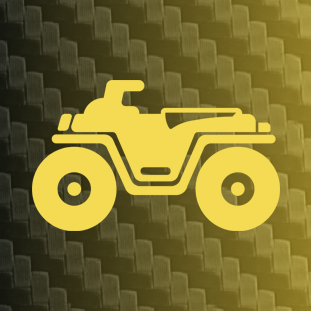